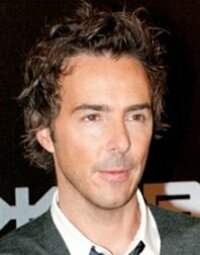 Shawn Adam Levy (born 1968) is a Canadian-American director, producer and actor who directed the comedy films Big Fat Liar, Just Married, Cheaper by the Dozen, The Pink Panther, Night at the Museum, and Date Night.

Levy was born in Montreal, Quebec. As a teenager, he attended St.George's High School and Stagedoor Manor Performing Arts Training Center in New York. Levy graduated from Yale University in 1989. Levy has a production deal with 20th Century Fox. He is slated to produce the film Back Magick, written by Sahara Lotti, and is producing the upcoming Will Ferrell comedy Neighborhood Watch, being directed by David Dobkin. He has also been announced as the director of The Hardy Men which is an adaptation of the Hardy Boys novels and it stars Tom Cruise and Ben Stiller; an action-comedy with Steve Carell and Tina Fey called Date Night and in 2009 was announced to be the director of How to Talk to Girls. He was a strong contender to direct the film adaptation of DC Comics superhero The Flash. It has also been announced he is producing a live-action/CG adaptation of The Berenstein Bears.

Levy's acting debut was in Zombie Nightmare, a low-budget horror film in which he portrayed the antagonist. The film is best known for being featured in an episode of Mystery Science Theater 3000.

He is known professionally as Shawn Levy, but is not the same person as Shawn Anthony Levy, the American film critic and author who also signs his work as Shawn Levy.