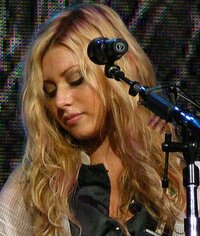 Michalka’s acting debut came when she was cast in the role of Keely Teslow on the Disney Channel Original Series, Phil of the Future. She has also starred in the Disney Channel Original Movies Now You See It…, in which she plays Allyson Miller, an ambitious television producer, and Cow Belles, in which she appears opposite her sister. She announced via her MySpace that she had booked a leading role in the Walden Media film Bandslam, about a group of misfits who form a rock band. She co-starred with Vanessa Hudgens and the movie was released in August 2009. Her sister Amanda is featured in the Peter Jackson film The Lovely Bones. Michalka and her sister comprise the musical duo 78violet, and released their first album, Into the Rush, on August 16, 2005. The next year, they brought out a holiday album in September, covering 9 tracks, along with two originals, titled Acoustic Hearts of Winter. In July 2007, their album, Insomniatic, hit stores, featuring the American top 20 hit single, “Potential Breakup Song”. The two were working on a new album, to be released in the early 2010. The release date has been postponed after they left their label.