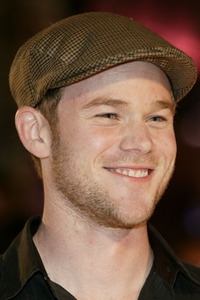 Aaron Robert Ashmore (born October 7, 1979) is a Canadian film and television actor, best known as Jimmy Olsen in Smallville. He is the twin brother of actor Shawn Ashmore.

Aaron Ashmore was best known for playing Marc Hall in the 2004 Canadian TV movie Prom Queen: The Marc Hall Story. Since then, he has appeared in the films Safe, A Separate Peace, and A Bear Named Winnie. He has also had guest roles on the television shows The Eleventh Hour, The West Wing, and 1-800-Missing. Ashmore has more recently played the recurring role of Troy Vandegraff on The WB Television Network television series Veronica Mars.

He was cast as Jimmy Olsen for the sixth season of Smallville on the WB and continued to play him into its eighth season. Coincidentally, his friend Sam Huntington played Olsen in Superman Returns and the two have both appeared in Veronica Mars. Ashmore’s twin brother appeared on Smallville in earlier seasons. Besides his recurring role on Smallville, Ashmore had roles in the 2007 films Palo Alto, Privileged, The Stone Angel and The Christmas Cottage. Aaron is currently filming Fear Island, a horror film also starring Haylie Duff in Vancouver.

MTV.ca announced on October 6, 2010 that he will have a role in Maple Pictures new restaurant comedy Servitude alongside Joe Dinicol, Lauren Collins, Linda Kash & John Bregar. Servitude is to start filming in November.