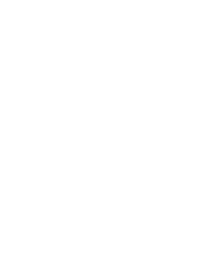 Renato Longi is a film director with a long experience in commercials. In the new millenium, his experience in computer and digital technology lead him, as Vfx director to film projects involving advanced visual effects. Handling Artificial Intelligence technics, in 1997 he directed his first interactive feature film project "Blackfire".

Renato Longi entered filmmaking through the world of advertising. As an assistant director he had the chance to serve for some of the finest film and commercials directors such as Alan Parker, Adrian Lyne, Ridley and Tony Scott RSA, Sergio Leone, Vittorio Taviani. In 1985 began his career as a commercial films director, shooting over 200 commercials from then on. Among the years he kept a strong interest in advanced technology, ranging from the optical to the digital realm. In 1991 directed his first short feature film based on the “Carlo Magno” TV epic and in 1993 for RAI (Italian national television network) directed the historical drama short film “Return”. In 1996 he directed his first feature film “Blackfire “, produced both as a TV and interactive feature film. By the new millennium, Renato Longi took a break from directing commercials and embarked on visual effects arena directing/supervising film visual effects, along with 2nd unit directing. Back to directing, in late 2006 prepared the film comedy “Jump” and is now setting for several projects all based upon digital technology. Along his directing and supervising experience, Renato Longi has worked with some of the world’s finest directors of photography such as Dante Spinotti, Giuseppe Rotunno, Tonino Delli Colli, Peter Suschitzky, Mostyn Rowlands, Brian Tufano, Carlo Di Palma, Pasqualino De Santis, László Kovács.

The adventures of baron of Munchausen (1985) (visual effects production consultant)