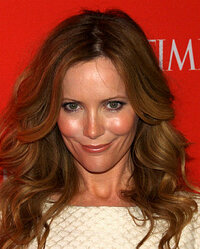 Heather Alexandra Mann, (born March 26, 1972) better known as Leslie Mann, is an American actress best known for her roles in comedic films, many of which are collaborations with her husband, Judd Apatow.

Mann is married to producer Judd Apatow with whom she has two daughters, Iris and Maude. She met Apatow on the set of The Cable Guy (1996), which he co-wrote and produced. Since then she has frequently worked with her husband.

Mann’s daughters, Iris and Maude, appeared in both Knocked Up and Funny People as the children of Mann’s characters.