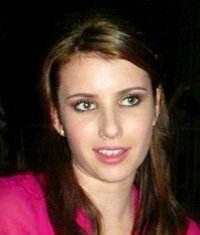 She is the daughter of actor Eric Roberts and the niece of actresses Julia Roberts and Lisa Roberts Gillan. Roberts became known for her role as Addie Singer in the Nickelodeon television series Unfabulous. She released her debut album, which also served as the show’s soundtrack Unfabulous and More. Roberts then pursued a solo singing career by recording two songs for the soundtracks of Ice Princess and Aquamarine (in which Roberts starred as one of the leads). Roberts then began to focus on her acting career, the title character in the 2007 film Nancy Drew, and her voice-over debut in The Flight Before Christmas.

In 2008 and 2009 Roberts was cast in coming-of-age movies the first being Wild Child, this was followed by Memoirs of a Teenage Amnesiac and Lymelife. Roberts appeared in the 2009 family film Hotel for Dogs and The Winning Season. In 2010, she appeared in the box office hit Valentine’s Day, which starred her aunt Julia Roberts. She is now starring in the popular horror series sequel, Scream 4, along with Neve Campbell, Courtney Cox Arquette and David Arquette as one of the new main characters. Roberts will also star as Meredith Brookstone in The Chronicles of Vladimir Tod: Eighth Grade Bites releasing July 27, 2011.