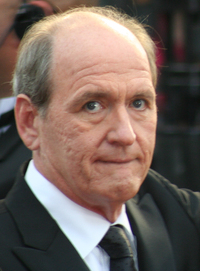 Richard Dale Jenkins (born May 4, 1947) is an American stage, film, and television actor.

Although known primarily for supporting parts, he had a critically acclaimed lead role in The Visitor (2008), for which he was nominated for the Independent Spirit Award and a nomination for an Academy Award for Best Actor. Jenkins won the International Press Academy’s Satellite Award for Best Actor – Motion Picture Drama.

Jenkins has been cast in the Joss Whedon/Drew Goddard horror The Cabin in the Woods (2010).