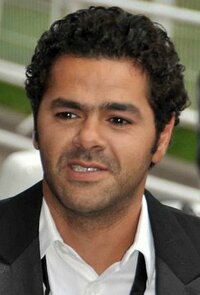 Debbouze is the oldest of five brothers. He was born in 1975 in Paris, but his family moved to Morocco the following year. They returned in 1979 and settled in Trappes, where Jamel spent the rest of his childhood. On 17 January 1990, while crossing the tracks at the SNCF station in Trappes, he was struck by a train travelling from Paris to Nantes at 150 kmh. As a result of this accident, he lost the use of his right arm. In the same incident, his friend Jean-Paul Admette was killed. After this accident Debbouze met Alain Degois, his mentor, and began his career as a comedian/actor. On 29 March 2008, Debbouze became engaged to French news reporter Mélissa Theuriau; the two married on 7 May 2008. The couple had a son, Léon, on December 3, 2008