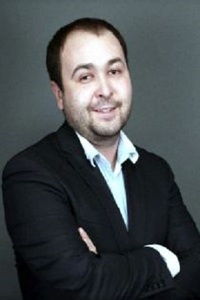 Zevi Wolmark is an American actor born on August 19, 1962 in San Francisco, California. This Julliard School graduate began his career appearing in off-Broadway productions. After a few years acting on stage, he moved his career to the big screen. By the end of the 1980’s he had appeared in several films and TV Series.

Known as both film and theater actor, Zevi Wolmark had his career peak at the late 1980’s and early 1990’s. His greatest success came with his portrayal of a charismatic character in the 1988 television series ‘Superboy’. Next he caught the public’s attention while lending his voice to the animated TV Series ‘C.O.P.S.’ During his career he won several awards and even more nominations.

By the mid 1990’s Zevi Wolmark once again began to focus more on stage work, as it was his first passion. After a series of successful roles and numerous Broadway productions he took another leap and decided to return to the big screen. His comeback was warmly welcomed by fans, and within a three year period, he appeared in five movies.

Zevi is also a famous voice actor, appearing not only in ‘C.O.P.S.’, but also in ‘CatDog’, ‘Rocket Power’, ‘Saber Rider’, ‘Dino Riders’ and ‘Brave Star’