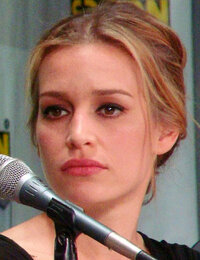 In 2000, Perabo was cast in The Adventures of Rocky and Bullwinkle, as FBI agent Karen Sympathy. Her next film was as Violet “Jersey” Sanford in Coyote Ugly, for which she won an MTV Movie Award for Best Music Moment for “One Way or Another”.

In 2001, Perabo starred in an independent Canadian movie called Lost and Delirious, playing a boarding school student who falls in love with a female classmate. The next year, she starred as a French exchange student in Slap Her… She’s French, which was shelved in North America for two years, then released under the new title She Gets What She Wants. The film was released under its original title in Europe. In 2003, she had a role as the eldest Baker child, Nora, in Cheaper by the Dozen (2003), a role she reprised in the film’s 2005 sequel.

In 2009, Perabo made her Broadway debut in the Neil LaBute play Reasons to Be Pretty.4 In June 2009, Perabo was cast as the lead character, CIA officer Annie Walker, in the television spy series Covert Affairs on the USA Network.

On August 20, 2010, Perabo was injured filming an episode of Covert Affairs. After the finale of the first season it was announced that the second season will begin in summer of 2011. For her work on Covert Affairs, she has been nominated for a Golden Globe Award for Best Actress – Television Series Drama.