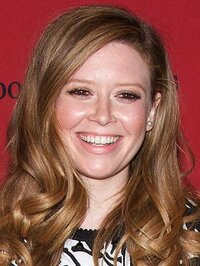 Lyonne began acting at an early age with her first role as “Opal” on Pee-wee’s Playhouse. She appeared in the 1990 film A Man Called Sarge during the time her family lived in Israel.

Lyonne is perhaps best known for her roles in the first two American Pie films as the wise-cracking Jessica. She has also appeared in more than 30 other movies, including starring roles in the independent films Slums of Beverly Hills and But I’m a Cheerleader. Lyonne also appeared in Party Monster in 2003, a dramatization of the Michael Alig story. As the character Brooke, Lyonne donned a fat suit and dreadlocks. She also played a blind biologist in Blade: Trinity.

In January 2008, she appeared in an Off-Broadway play, Two Thousand Years. In November 2010 she appeared as “Grace” in the play Tigers Be Still at the Roundabout Theatre Company.

Lyonne worked on the thriller 13 with a release date of 2010. Other cast members include Mickey Rourke, Ray Liotta and Jason Statham.

Lyonne is currently filming the dark comedy/horror film All About Evil in San Francisco. The film was written by and directed by San Francisco late-night movie host and short film producer Joshua Grannell.