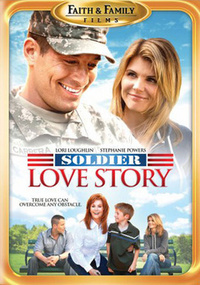 vote
no votes yet
edit Help

A young boy's letter to a soldier serving overseas forever changes lives. Through a series of letters, Jared Marshall and Sgt. Vince Carerra bond over a love of baseball. Jared reveals his loneliness and estrangement from his dad after his parents divorce.

The pen-pal friendship between a young boy and a homesick soldier blossoms into something much more meaningful in this warmhearted tale of family and courage. Sgt. Vince Carerra (Johnny Messner) is serving his country overseas when he starts a correspondence with Jared Marshall, a young boy still reeling from his parents’ recent divorce. Estranged from his father, Jared confides his pain in Vince in between colorful exchanges about baseball. Upon returning home, Vince meets Jared and his mother Dana (Lori Loughlin), and soon finds himself falling for the newly-single mother. Before long, the trio has formed a family. Their momentary bliss is soon shattered, however, when Vince discovers he’s about to be redeployed, and realizes his role as a father figure will soon take a backseat to his role as a soldier.