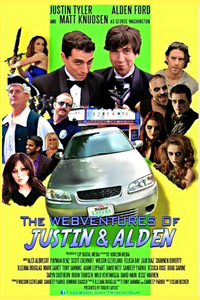 The Webventures of Justin and Alden

This series references to the following movies:

Struggling actors Justin and Alden road trip across L.A. and time itself to convince Felicia Day to star in their web series.

The Webventures of Justin and Alden is an American comedy web television series co-created and produced by Wilson Cleveland, Sandeep Parikh and Illeana Douglas, who all make appearances in the show. The series, presented by Trident follows Justin Tyler and Alden Ford – struggling actors who write a web series script and road trip across Los Angeles to crash The Streamy Awards and convince Felicia Day to be the star of their show.