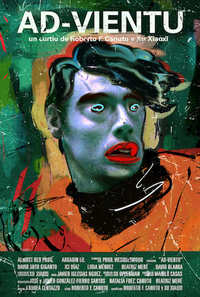 Coming to Terms With The Past, Confusion, Difficult Period, Dream, Gender, Identity, Loneliness, Origin, Sexual Identity, The Past
add Help

Suso, a young unemployed man, without a future, spies and tries to talk with a peculiar young woman who, after a danger alert, runs and throws herself off of a cliff before he could do anything about it. Suso will seek answers that awaken memoriesof the past and even make him rethink his true identity.

Advent (Ad-vientu) is a time of self-communion and changes. Suso (David Soto Giganto) is a young, confused man with no future and no job. One day, on a secluded beach, he observes a peculiar young woman, like a ghost, dressed in old clothes from another time. Her presence arouses in him memories of the past. Her name is Cova (Ici Diaz), who, after warning him about a great danger, flees from him to throw herself off of a cliff. One strange night, Suso glides like a depressed shadow among the celebrations of the city, looking in vain for the support of his friend, Vicky (Lidia Méndez). Knowing he is close to confronting his inner most fear, he makes a visit to his mother’s grave, which he associates with the young girl, and a new brief encounter with her occurs. His confusion is made bigger by the effects of alcohol, but that night he will have one last chance to find Cova, which accentuates his feelings of confusion and reveals a truth that confronts him with his own identity.