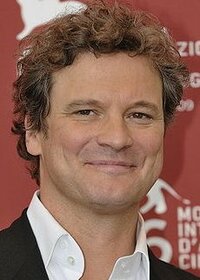 Skinny and Cat, The Promised Land
show all movies

Colin Andrew Firth (born 10 September 1960) is an English film, television, and stage actor. Firth first gained wide public attention in the 1990s for his portrayal of Mr. Darcy in the 1995 television adaption of Jane Austen's Pride and Prejudice. He subsequently achieved film stardom with the international box-office success including Bridget Jones's Diary, Mamma Mia!, and A Single Man.

In 1983, Firth starred as Guy Bennett the award-winning London stage production of Another Country. In 1984, he made his film debut in the screen adaptation of the play, taking the role of Tommy Judd (opposite Rupert Everett as Bennett). In 1986 he starred with Sir Laurence Olivier in Lost Empires, a TV adaptation of J. B. Priestley’s novel, then in 1987 he appeared alongside Kenneth Branagh in the film version of J. L. Carr’s, A Month in the Country. In 1989, he played the title role in the film Valmont, and was co-lead in the film Apartment Zero. Firth and other young British actors who were becoming established film actors such as Tim Roth, Gary Oldman, Bruce Payne and Paul McGann were dubbed the ‘Brit Pack’.

It was through the 1995 BBC television adaptation of Jane Austen’s Pride and Prejudice that Firth gained wider renown. The serial was a major international success, and Firth gained heartthrob status because of his role as Mr. Fitzwilliam Darcy. This performance also made him the object of affection for fictional journalist Bridget Jones (created by Helen Fielding), an interest which carried on into the two novels featuring the Jones character. In the second novel, Bridget Jones: The Edge of Reason, the character even meets Firth in Rome. As something of an in-joke, when the novels were adapted for the cinema, Firth was cast as Jones’s love interest, Mark Darcy. Continuing this in-joke there was a dog called Mr Darcy in the film St. Trinian’s which Firth’s character accidentally kills.

He has also appeared in several television productions, including Donovan Quick (an updated version of Don Quixote) (1999) and Conspiracy (2001), for which he received an Emmy nomination. Colin Firth’s most recent role is in the Toronto International Film Festival debuted film, Genova.

At the 66th Venice International Film Festival in 2009, Colin Firth was awarded the Volpi Cup for Best Actor for his role in Tom Ford’s A Single Man as a college professor grappling with solitude after his longtime partner dies. Fashion designer Tom Ford made his director’s debut with this movie. This role has earned Firth career best reviews and Academy Award, Golden Globe, Screen Actors Guild, BAFTA, and BFCA nominations; he won the BAFTA Award for Best Actor in a Leading Role in February 2010.