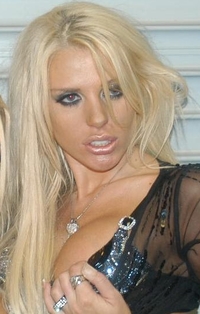 After working for Jill Kelly, Roberts also did some movies for other companies such as Odyssey, Evil Angel and Digital Sin. In 2002 she secured a two-year deal with VCA Pictures. The deal didn't work out as it wasn't overly lucrative and within a few months she wanted out. A friend of hers suggested she give Vivid another try. Roberts got out of her contract with VCA and signed a two-year contract with Vivid that included 6 movies a year.4 Her first three films for Vivid won her critical acclaim, all gaining the highest reviewer ratings, including Most Beautiful Girl in the World, Unlovable and Dual Identity.

Roberts retired from film at around the same time and moved to New York with her husband David (DOC) O'Conner and gave birth to her first child in mid-December 2006. Best man was Howard Silverman.

Mary Carey told AVN in January 2008 that she plans to include Tawny in a movie with Krystal Steal and other friends of hers, tentatively titled The Adventures of Mary and Krystal.