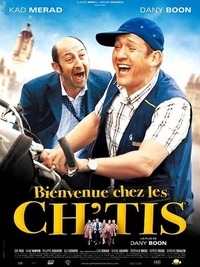 Welcome to the Sticks

French box-office hit from 2008 in which a postal worker is punitively transferred to northern France, playing on the prejudices of the southern French against the northern French. Just a few weeks after its release, 20 million French people had seen the film in theaters, making it the most successful French film of all time.

Powered by JustWatch
Watch "Welcome to the Sticks":
Stream