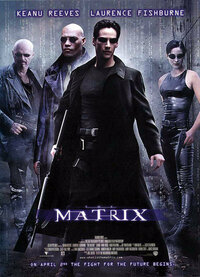 The first film from science fiction trilogy where computers in the future have power over humans, thus making reality only a virtual fiction. A computer programmer finds himself mixed up in this computer world as he may be humanities only savior. The Matrix was revolutionary in it’s computer graphics and use of philosophy in an action film.