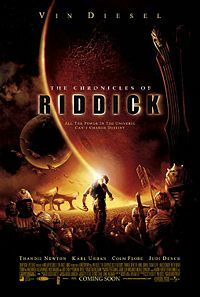 The Chronicles of Riddick

Once again Riddick has to escape from bounty hunters. After stealing their space ship he travels to "New Mecca" only to arrive amidst an invasion. There he also learns that Jack, who he saved in "Pitch Black", is imprisoned and needs his help.

Powered by JustWatch
Watch "The Chronicles of Riddick":
Stream