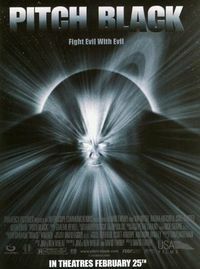 Their spaceship hit by meteorites and stranded on a desert planet with three suns a group of survivors has to fight the creatures awaking after a sudden total eclipse.