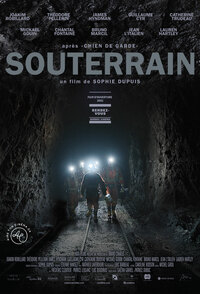 vote
no votes yet
edit Help

Maxime is a young Valdorian who works in a gold mine. After going through several difficulties in his work and personal life, he starts to question his definition of masculinity. The strong brotherhood that unites his colleagues in the mine is where he finds the support he needs to overcome a nagging feeling of guilt that prevents him from achieving happiness. Until the day an explosion occurs underground. As part of the rescue mission, Maxime goes down into the mine with the firm intention of bringing each of his colleagues back to the surface alive.