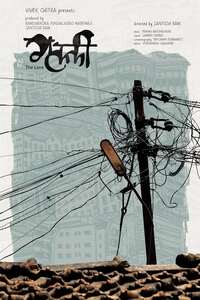 Galli (Marathi:गल्ली, English:The Lane) is a 2015 Marathi Indian Short Film Directed and written by Santosh Ram .Galli(The Lane) is produced by Ramchandra Pundlikrao Marewad and Santosh Ram for Vivek Chitra Production . Galli(The Lane)is Officially Selected to over Thirteen Film Festivals across the world. It is appreciated in Festival Circuit .

The Film tries to explore the incidents happening in Seven days time . It highlights the contrasts, similarities , paradoxes , randomness and abstractness of contemporary human life with the universal themes of Birth, Trust , loneliness , Frustration , Friendship , Happiness and Death. There are Fifteen stories in two forms which try to define LIFE and The Lane connects them.